Tedworth House is a country house in Tidworth.

The first house on the site was already well established when it was purchased by Thomas Smith in 1650. The house passed to his grandson, John Smith, who became Chancellor of the Exchequer, and then remained in the Smith family until it was inherited by Thomas Assheton Smith II, whose father had married into the Smith family. It was rebuilt by his son, Thomas Assheton Smith III, between 1828 and 1830. It passed to Francis Sloane Stanley, a godson of Thomas Assheton-Smith III, in 1858 and he leased it first to Lord Broughton, a cabinet minister, and then to Edward Studd, a wealthy planter and race horse owner.

It was acquired by Sir John Kelk, 1st Baronet, a civil engineering contractor, in 1877 and it was then inherited by Sir John William Kelk, 2nd Baronet in 1886. The War Office bought the house in 1897 and it became the Garrison Officers’ Mess for Tidworth Camp.

During the Second World War it served as a club for American soldiers and more recently it has become a recovery centre operated by Help for Heroes. 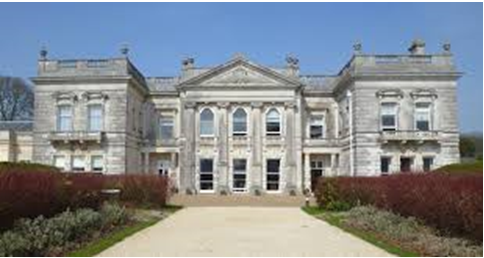